Chiropractic is a manual method of treatment caring about the spine and the associated soft tissues – in particular nerves. Of course, all other joints of the body are examined and treated as well.

The exertion of direct influence on the nervous system is what makes chiropractic unique. It is very interesting, as both muscle tension and the function of muscles is controlled by nerves and pain is caused and forwarded by nerves.

Finally, as also all inner organs are supplied by nerves running through the spine and emerging between two vertebras, you can understand why problems of the spine influence the function of or pain in inner organs. Chiropractic is no replacement of conventional medicine – which we are executing in our surgery by the current state of scientific knowledge -, but a reasonable supplement for problems that can only be symptomatically  coped with by means of conventional medicine.

How will I know that my pet needs a chiropractical treatment?

The most common indication for a blockade in case of horses is pain. As an example, this might be expressed in posture, gait or only during work.

The most common indication of a blockade in case of dogs is also pain.

Most often, those dogs are affected that have to fulfill certain tasks again and again, e.g. service dogs, sledge dogs, guard dogs and dogs in agility sports.

But also any family dog can suffer from blockades resulting from a clumsy movement, insufficient movement or unilateral training.

In case of dogs also inappropriate straining after surgeries and due to arthrosis like ED (elbow dysplasia) or HD (hip dysplasia) is very important. 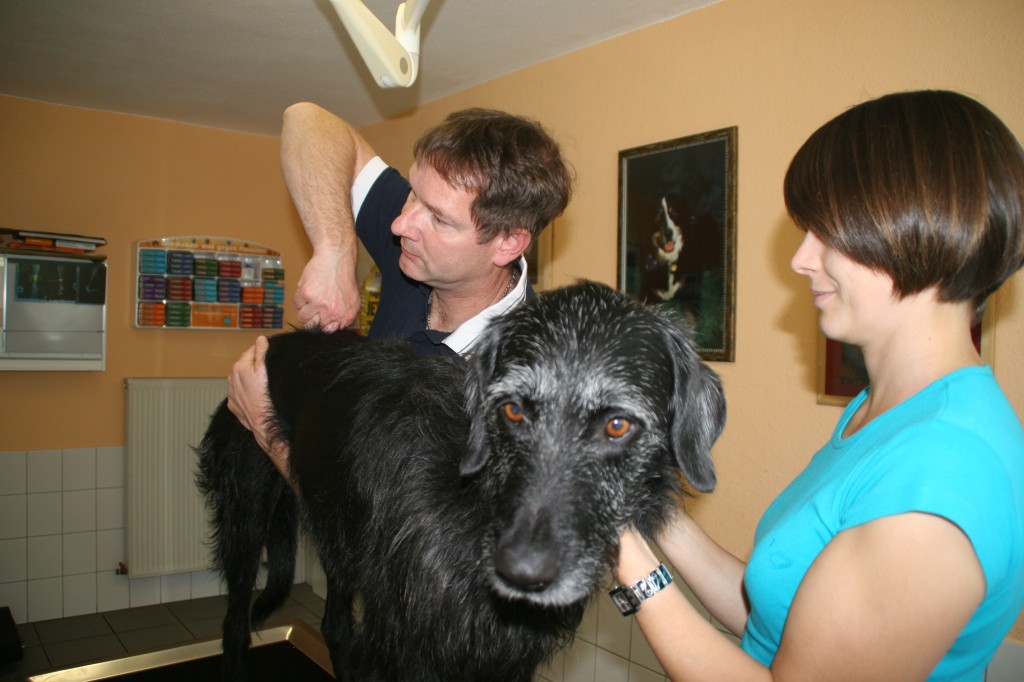 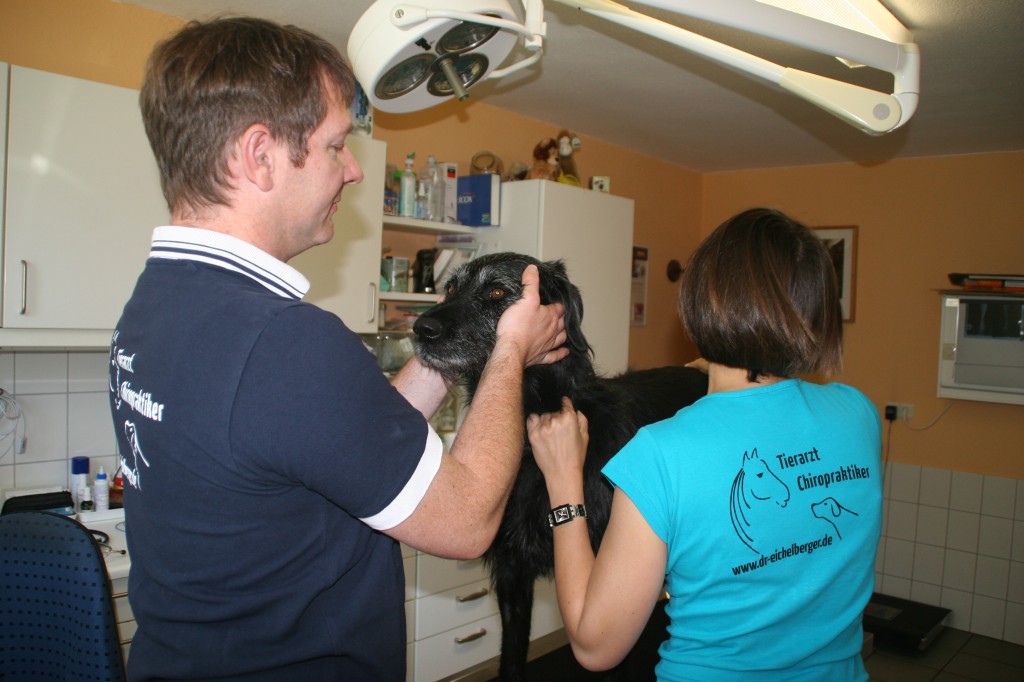 Chiropractic for cats and other mammals:

Also cats and other mammals can suffer from blockades caused by wrong or too much and insufficient movement. Most often, traumata like tumbling or falling down from the hand or from other high objects are considered. But also these pets can get bad postures due to arthroses which cause further problems.

Often, a gait, unusual for these pets becomes obvious. Furthermore, the fact that certain berths or sleeping places are no longer used or that they eat in a different posture can indicate a chiropractic problem.

If you recognize behaviour or movement patterns you do not know from your pet, please contact us. We are happy to advise you.

What kind of education has a chiropractor?

Due to the further education as a chiropractor, this scope is supplemented. The education was done at the School for Chiropractic in Sittensen.  So far, there are only two schools for veterinary chiropractic in Germany as well as one in England and two in the US.  Only veterinaries and human chiropractors are educated at these schools. Subsequently to the final examination at the school he also earned international accreditation through IVCA.